Today we are sharing how to make this beautiful Woodland Fairy Christmas Art to deck your halls for the holidays.  This is so much fun!

I have to admit that after I agreed to participate, I realized that I had no idea what to share on this theme.  But, like most projects on this blog, I sat down without a plan and then, something magical happened …

I started by embossing two silhouettes on aluminium embossing foil and cut them out using small jewellery scissors.

The silhouettes needed fairy dresses, so I rummaged through my craft supplies and found ribbon and glitter glue.  Perfect!  I thought I might use the wire for the wings, but I ended up not using it.

Petals for a fairy skirt cut from ribbon.

Once the fairies were completed, I wasn’t exactly sure how I was going to use them. Ornament? Fairy Garden?  Maybe attach them to a homemade Christmas card?  All of these ideas would have been awesome and pretty easy to do, but I decided my fairies needed to be part of a Woodland Fairy Christmas scene.

I decided the little woodland fairies needed a tree.  I could imagine fairies using their magic to create a beautiful enchanted Christmas tree from plant vines.  So, I embossed one.

The tree was cut out and dressed it up a bit with the glitter glue.   Who doesn’t like lots of glitter at Christmas time?

I laid the pieces on a white canvas but it seemed too plain.   I tried several different solid and printed backgrounds, but nothing was quite right.   These fairies are woodland fairies and that meant they needed to be in the woods . . right??  With me?

I took out an old box of watercolours that I had bought for the kids years ago thinking I could possibly paint my own background.   I thought the watercolours might be soft enough as to not distract from the embossed pieces.

I am not much of a painter, but I figured, what did I have to lose?  If I didn’t like it, I would just have to come up with something else.

So I began by painting a yellow glow where the tree would be.  Next, I added the ground and the night sky.  It was pretty basic . . . and I guess to an artists eye, it would look pretty amateurish.  But I was liking it, and most of all, I was having a whole lot of fun doing it!

I added in some trees.   And then more background.   And a little snow on the trees and ground, which unfortunately is kind of hard to see, but it looks pretty cool.

Using watercolours on canvas is so much different from what I remembered in school.  Do you remember painting with watercolour’s on paper?  It quickly became waterlogged and then wrinkled once it dried?   Not so with the canvas.  It’s a much better surface for this paint. Does makes me wonder though, just how awesome my grade school art may have been if I had painted on canvas instead of paper.   Humm. . .guess we’ll never know.

And . . Fairy #2 with green wings and a silver/gold stripped glitter skirt.

Did I mention I love this tree?

I glued the embossed pieces on the canvas once the watercolours dried.  Next, I glued on a little gem for each fairy wand.

With that done, I wanted to frame the picture keeping with my woodland theme. However, none of my existing frames, that were large enough for this canvas, was right.

An idea came to me while my husband was making the cedar arbor for our daughters wedding.   He took cedar logs and sawed off the bark in long strips.  He planned to burn the sawed off pieces, but I saved a few and asked him to build me a frame for this canvas with them.

Last but not least, I added some silver stars for the night sky and glued on this lovely quote that I printed on decorative paper and framed with a gold ribbon border.

So there you have it . . . Woodland Fairy Christmas Art in all it’s homemade goodness!

I enjoyed sharing this project with you almost as much as I enjoyed making it!

If you are interested in learning more about the basics of metal embossing, I have an awesome 4 part series on the how-to, tools used and supply resources which is perfect for beginners like me!  It really is much easier than it looks and I hope you’ll give it a try sometime.

Happy Holidays and wishing you a magical and Very Merry Fairy Christmas! 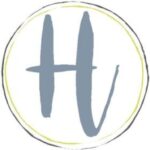