I’m not much of a cake decorator, in fact, I haven’t done much more than ice a cake and maybe add a few sprinkles, so I had no illusions that my Easter Egg cakes would look as professional.   For my trial run, I purchased a Sara Lee Pound Cake, a tub of pink icing and a tube of white decorating icing. 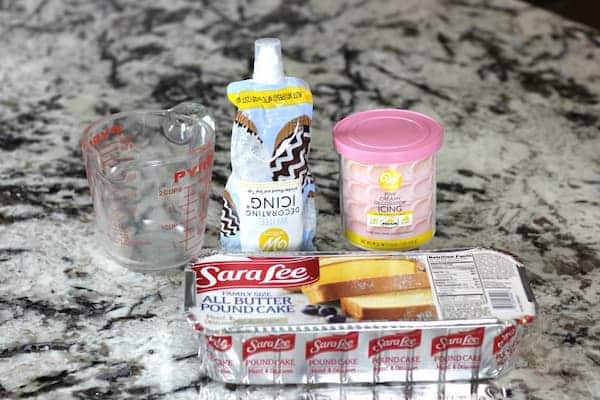 The directions stated to set the cake out for about 10 minutes so it will start to thaw.   So I did that while I gathered a few other supplies.  I used a Pyrex measuring cup, a small spatula, a cookie sheet, a knife and an egg cookie cutter.   I removed the cake from the container and set it on a cookie sheet.  I cut the top off the cake to level it as best I could.  Easy enough so far. 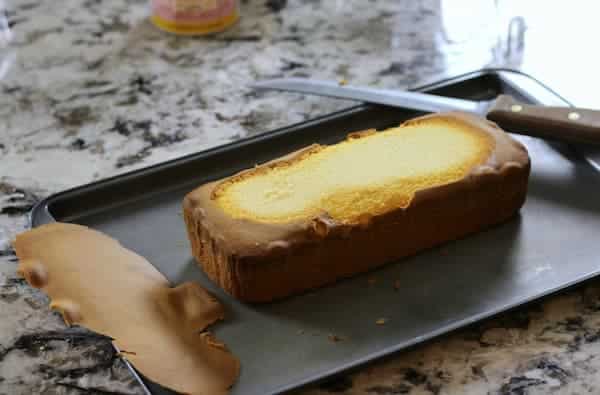 The next step was to cut the cake in half down the middle. 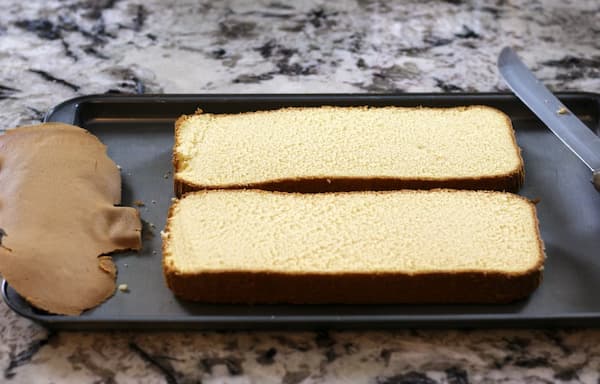 Then I ran into my first issue.  Not really a big deal for this trial run, but still something you would need to consider before attempting this project.  My egg cookie cutter was really too big.  A cookie cutter about half the size would have been much better.   With my large cookie cutter I was able to barely cut 6 egg cakes total.   I guess we like big cookies around here.

The cookie cutter was so large, that my eggs cakes turned out a little misshapen.   I think with a small cookie cutter you could probably get at least 10 egg cakes, maybe 12. 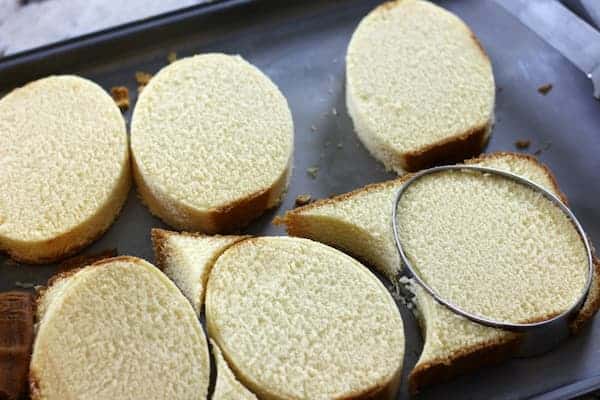 Okay, this next part I was a little skeptical about.  You take the icing and heat it in the microwave for 10 seconds, stir and then heat for another 10 seconds then pour over the cakes.

I started with 1/2 of the container of icing in a Pyrex measuring cup and put it in the microwave for 10 seconds, stirred and then 10 more seconds.  Maybe microwaves are a little different, but I didn’t think the icing was melted enough, so I gave it an additional 10 seconds – and that was perfect.   I figured the measuring cup would make it easy to pour the icing. 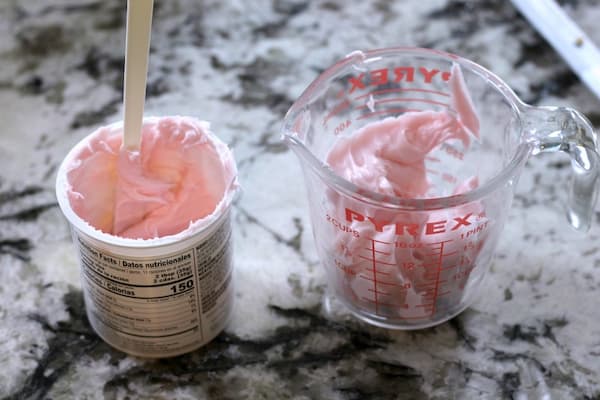 Well, this was the biggest challenge.   As you can see, I didn’t do the best job at this.  But I learned a thing or two for next time:

One tub of icing was more than enough to cover all my cakes with plenty to spare, so even if I had 12 smaller cakes, I think one tub of icing would be sufficient.  You may have to scrape off the run-off icing to use, but that would be easy enough to do and then just reheat.

Let the cakes sit for a while to set.  I let them sit for about 15 minutes.   Keep in mind that this is cake icing and it is not going to harden to a shell.  If you touch it, it will dent, even after it has set.

I used a knife to cut around the base of the cakes because of the excess icing and used a spatula to move them onto flattened cupcake liners. 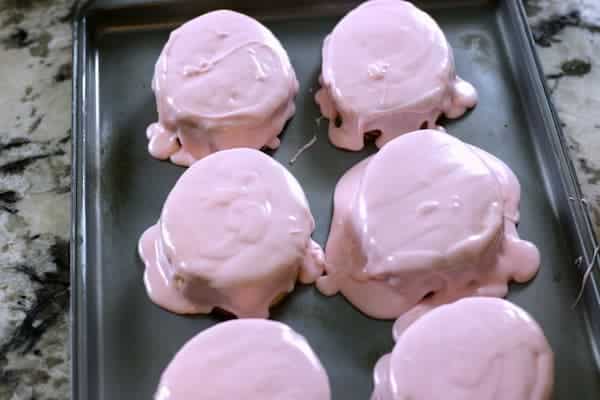 I used the white squeezable decorating icing to decorate the cakes.  I probably need a little more practice with it, but I think they turned out very cute anyway. 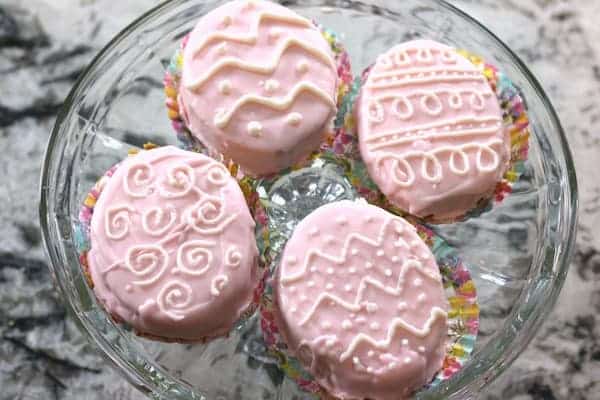